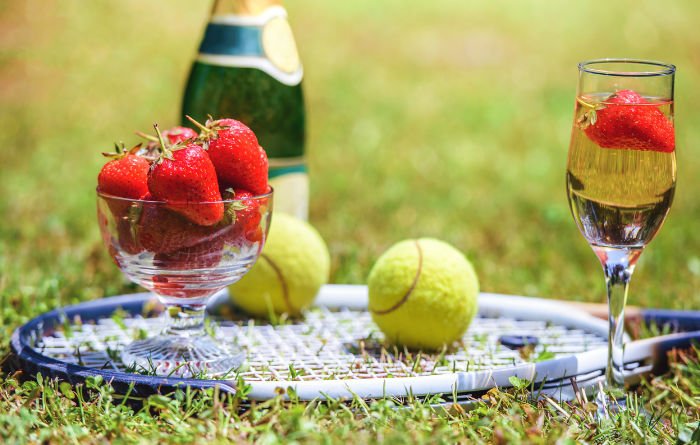 In honour of Wimbledon, the most famous tennis tournament in the world, let’s test your knowledge about food and drink at this year’s tournament.

The price of Pimms at Wimbledon in 2021 will be something like £12, and it’s a must-have for all tennis fans. Around 303,000 glasses of Pimm’s are consumed every year at Wimbledon, and it’s the most iconic Wimbledon drink of all time.

How many bottles of champagne are sold at Wimbledon?

Around 22,000 bottles of champagne are supplied to Wimbledon on a yearly basis. That means an estimated 110,000 glasses of bubbly are drunk each year during the championships!

How many ice creams are sold?

How many strawberries are eaten during Wimbledon fortnight?

166,000 portions of strawberries are consumed during Wimbledon fortnight. That’s a lot of fruit!

In case you’re interested, the 2017 Wimbledon tournament saw 23 tonnes of strawberries being served up to spectators- if these summer berries were laid out in a line, they would stretch an astonishing 37 miles!

How much will strawberries and cream cost at Wimbledon this year?

Wimbledon strawberries cost £2.50 for a portion of 10 and are picked at 4 AM on the day they’re sold. A whopping 166,000 portions were sold during the two-week 2018 tournament – but why are we eating them there?

What is the significance of eating strawberries and cream at Wimbledon?

Although the origin story of strawberries and cream is not completely clear, it is rumoured to have originated back in 1509, when Thomas Wolsey – a prominent figure during King Henry XIII time – served up the treat to guests at an extravagant banquet.

In 1877, the delicious snack was served to 200 people at Wimbledon, and the tradition is still going strong more than 140 years later. 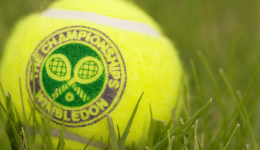 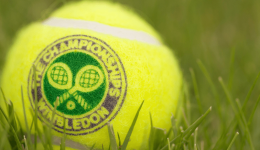 Being a Line Judge At Wimbledon

Saucony Shoes Sizing: What Size Is Right For You?