Everything You Need To Know About Stefanos Tsitsipas’s Tennis Racket:

Still new to the professional tennis world, Stefanos Tsitsipas is seen as the up-and-coming tennis star that is destined to gain success at the highest level. While still controlling everything, he is able to gain so much power behind all his strokes. This has made many fans wonder what causes him to uphold this great ability. Well, the answer is simple. Not only does his talent play a large role, but so does having the perfect racket for his style of play. For this reason, many fans ask what equipment Tsitsipas uses in his games. Well, we have highlighted all the answers for you in this article, all you need to do is keep on reading.

What Racket Does Stefanos Tsitsipas Play With?

Throughout Tsitsipas’s entire career, he has used some version of the Wilson Blade 98. However, some people think that he still uses an older model that is painted to look like the newer version he endorses. This is the Wilson Blade 98 V7.

What Is The Difference Between Tsitsipas’s Racket And The One He Endorses To The Public?

There are a variety of similarities between Stefanos’s racket and the one he endorses to the public, the Wilson Blade 98 V7. They both play in a very similar way. However, the newer option has added technology that is supposed to improve the overall playability of the racket.

It is very common for professional players to like the feel of older rackets. For example, Rafael Nadal plays with a racket model that is 15 years old (released in 2005). For that reason, Tsitsipas prefers to play with a Wilson Blade racket that was released on the market a few years ago. It is viewed as only marketing to some people. Whereas, when played with both of these rackets one after the other, you begin to see some noticeable differences. The volleys can be seen as crisper because of the stability of the net, along with the racket having a lot more feel to it when compared with past options.

What Are The Specifications?

Because the actual model that Tsitsipas uses is unknown, we have put together all the information you will need about the racket that he endorses to the public.

The design of the racket makes it very balanced. Added to this, the dense string pattern helps players gain some control into their game.
Tsitsipas currently uses on the Luxilon 4G 17 to string his racket. He strings it at around 57 pounds.

How Does The Wilson Blade 98 V7 Play?

The common, most talked about feature of this racket is its control. What is surprising is that along with the control, the power is there. Although it is not the most powerful racket out there, a player can still get some pretty hard serves out of the racket easily. However, the spin on the racket is very limited. The string pattern can be the one to blame here. You will not notice that much of a difference if you hit with a lot of spin. Otherwise, unlike other rackets, it does not provide a lot of free spin.

Wilson designed the racket with a new technology called FeelFlex and it is aimed to help with giving a bit more feel when hitting balls in a rally. Along with this, it helps in adding even more control. The racket is equipped with a nice sweet spot, making it more forgiving. Those that have no problem generating their own power will not have a problem keeping up their rallies. However, there is not much free power given to those that cannot generate their own may find playing with this racket difficult. Along with this, the swing weight is pretty heavy, sitting at 334. Nonetheless, if you find this too heavy, it would be best to switch to a lighter option.

Although it has always been known for its great stability and control, Wilson outdid themselves with the latest version of the Blade. A softer feel is provided in the Wilson Blade 98 V7 thanks to the new technology added to the design. Players can enjoy a racket that is not too stiff and easy on the wrists when there is an impact.

Who Should Use The Wilson Blade 98 V7?

This racket would be best suited for players that are experienced and control-orientated. This racket is not designed for beginners, as many will find it too heavy to manoeuvre. However, this is the perfect racket to place shots exactly where they need to be thanks to the dense string pattern, the stiffness, the head size, and the swing weight.

The Wilson Blade 98 V7 just recently got released onto the market. Therefore, making their stock fairly limited. However, all major tennis websites offer the racket and is priced at around $220.
If you insist on buying an older version of the Blade range, there are many options available online. There are still some older stock available through some companies as well as looking at sites such as eBay and prostocktennis for any of the early Blades. 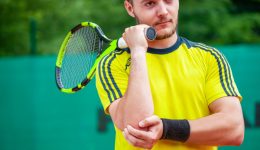 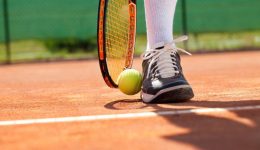 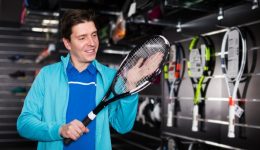 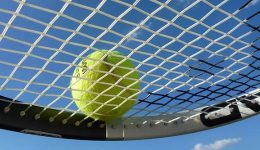 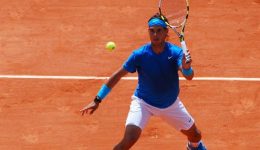 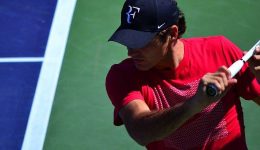